Fact: Will Smith wrote “Just the Two of Us” because he prophesied Jesse Eisenberg would star in The Double.

As a child, I used to spend hours trying to imagine what my identical twin was doing on the opposite side of the world. To the best of my knowledge, I didn’t (and I don’t) have an identical twin, but that little bit of information had no place in the world of a child’s imagination. I simply reasoned that on a planet of six billion or so people there had to be someone who looked and acted exactly like me. 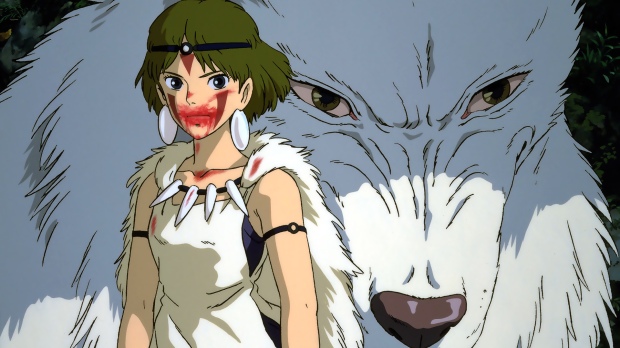 Unless you’ve seen me naked sometime in the past three years, you probably don’t know about the giant homage to Princess Mononoke that adorns my stomach. I’m a relatively inconspicuous young man, my most notable other features being a thick, scraggly beard and a pair of extremely plump red lips, so most seem to be a little surprised when I take off my shirt and they are faced with a piece of art that takes up approximately 50% of my torso.

Hey, I’m all for ponderous, overwrought films that slowly sink under the weight of their own monotony as much as the next perpetually hungover, country raised, hipster film addict, but there does come a point – perhaps sometime between the third and fourth checking of the film’s progress – that you think to yourself, “Self. This is an incredibly boring movie. Why do I continue to torture myself?”

And, of course, you may start a tennis match conversation with your own consciousness –

“There’s not much left, and it got really good reviews.”

It’s a laborious thing to argue with oneself, and doubly so when half of the mental arguers seem to be suicidal; it is not an endeavor that should be undertaken lightly.

I think it’s about time I just came out and said it; Wong Kar-Wai is my favorite director.

There aren’t many directors who can consistently make awesome movies. Tarantino comes to mind, and perhaps his track record is even better because he has had absolutely no major (or even minor for that matter) missteps, while Kar-Wai has the harsh glare of the American 2007 drama-romance My Blueberry Nights in his portfolio.

But anyway, Days of Being Wild. That’s what we’re here to talk about, isn’t it? That’s what you all signed up for? That’s why you found your way to my gloomy auditorium in the basement of this decrepit high school? Isn’t it?

END_OF_DOCUMENT_TOKEN_TO_BE_REPLACED

Ahhh, so after that stream of excellent high school movies (The Way Way Back, The Spectacular Now, and The Kings of Summer [though I’m sure you already know the titles by now since I repeat them every other posting and because you are completely addicted to my writing – aren’t you? Aren’t you… yes… yes… yes… that’s it… stare into the spinning circle… yes… you’re getting sleepy… very sleepy… now when I snap my fingers… you will remember nothing from your previous life… nothing at all… because you are now a bird… a bird who flies high above the treetops and the wooden blocks and the crystal blue oceans… when I snap my fingers you will be a bird… and only a bird… and have always been a bird… now… fly away… *snap*]) we now finally reach those oft-troubling years of middle school.

I looked this film up because I had remembered always seeing the cover in my local videotape store. I’m dating myself by referring to a time when video cassette tapes were used and there was such a thing as a brick and mortar video shop within five miles of my home. I could also rent Sega Genesis games there so that shows you how far back we are talking. No, I’m lying. Not about the Sega Genesis, but about the reason for watching the film. I was actually researching an article I was tentatively planning on calling – “Awesome Little-Seen Debuts By Great Directors.”

END_OF_DOCUMENT_TOKEN_TO_BE_REPLACED

My favorite aspect of the film is Tommy Wiseau’s constant creepy child laugh that emits from his mouth with the almost clock-like regularity. This dude finds everything funny. He enters the room and sees his friends – “Hehehehe.” He says goodbye to someone – “Hehehehehe.” He finds out his girlfriend is cheating on him with his best friend – “Hehehehe.” Well, maybe I’m not remembering that last part completely correctly because there was a very small period of time between when he learns the truth about his whore of a lover and when he blows a hole through his skull with the fun end of a handgun.

END_OF_DOCUMENT_TOKEN_TO_BE_REPLACED 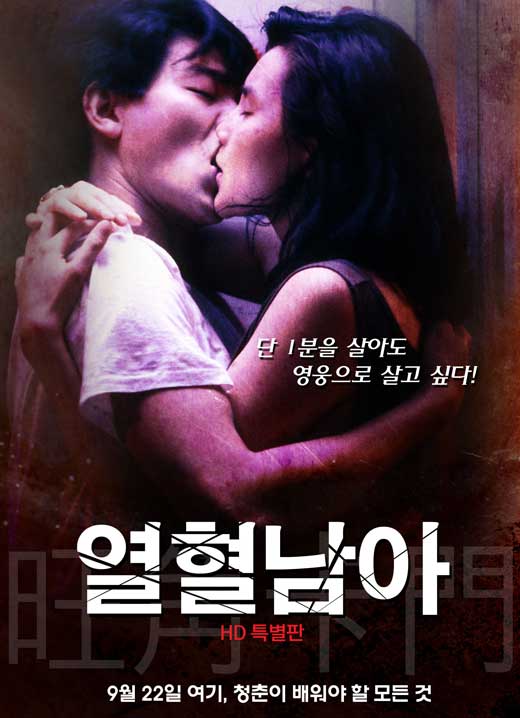 Wong Kar-wai movies (well pretty much every beautifully exotic foreign film too, I guess) offer great incentives to get out of the country and head back to strange lands on the opposite side of the Earth. The brilliant lights and colors and sounds of Hong Kong blend together with stunning women and sweeping operatic scores and mafioso and it’s easy to imagine myself standing in the rain in the middle of a bustling unusual city crying and begging my former girlfriend or wife or love or lover to come down from her apartment so we can talk and repair the broken strands of Us. There’s almost always a scene in the heavy rain in these movies, but I’ve never cared strongly enough about a disintegrated relationship to stand outside and beg for a small glimpse of her formerly familiar eyes, so it’s odd I would imagine myself doing it in Asia.

I told one of my ex-girlfriends, “No one’s going to love you more than I do,” (I was listening to a lot of Band of Horses at the time) and, of course, at that time, in that room, with us on her bed and her mouth spilling out the words that were cutting us apart, sure, I believed it. She, on the other hand, instantly saw through my bullshit, and simply laughed. Not in a mean way like she was making fun of me, no, but in a way that signified she knew she had more knowledge of the situation and that she knew she was the most mature person in the room and the one required to make the decision that must be made. She wasn’t mad at me, if anything she felt sorry for me. She felt sorry I was older than her and a whole lot more emotionally stunted.

END_OF_DOCUMENT_TOKEN_TO_BE_REPLACED

We’re gonna have to start putting the “auteur” title on Shane Carruth if he keeps this up. First Primer, then Upstream Color – quite the impressive one-two punch.

I reviewed Upstream Color a few days ago so just keep scrolling if you’re interested in my thoughts on that. As for Primer, no it isn’t as peculiar of a film as Upstream, but it is good. And as a debut it is very good. And as a film that was made for $7,000 it is very, very, fucking good.

But it really is a call to arms. It’s a loud heralding to greet the rising sun. It’s the head of a newborn poking through the amniotic sac. It’s a breath of fresh air in a room of rotting fruit. Or maybe I’m heaping too much praise upon it simply because I saw Upstream Color first and loved it and I expect great things to come from Carruth. Sure, it could be that, but the film is interesting in its own right, and it’s exciting to be present at the beginning of an artist’s career.

END_OF_DOCUMENT_TOKEN_TO_BE_REPLACED 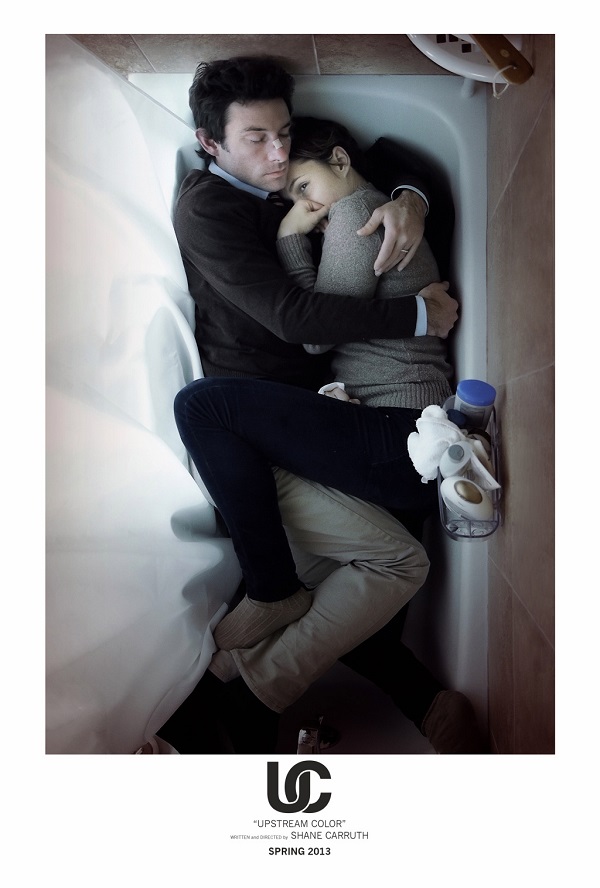 Director Shane Carruth (or perhaps we should now call him auteur?) is a man on the rise. This movie is a breath of fresh air in every possible respect. It is complex and weird and wholly original and will possibly (likely?) warrant a higher score upon repeat viewings. What is going on here? There’s some sort of mystery, there’s some sort of romance, there’s a whole lot of freaky connections between people and pigs, and it’s all painted with the beauty and the precise skill of an artist with a original vision.