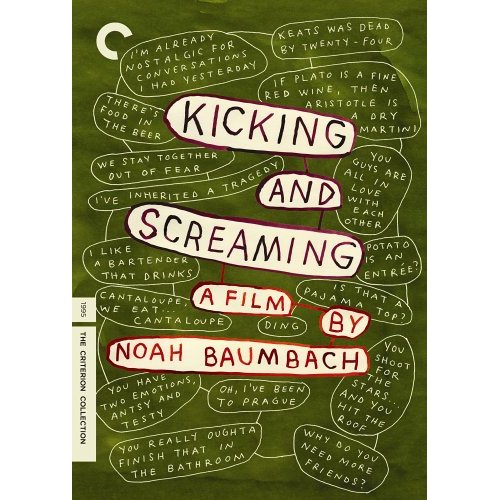 In honor of the college friends in Kicking and Screaming who cannot seem to move on from each other and begin their lives, let’s take roll call for my own motley bunch of loons who are my regular drinking mates and romantic misadventure confidantes. And, unlike the character’s of Baumbach’s debut, they have all (unsurprisingly) led very successful lives upon finishing college.

We tend to have the good luck/misfortune of being referred to by other people as “the guys from Africa” or “the African guys.” Africa was the name of our college house during senior year. The name could be (and often is) misconstrued as something racial, but, in actuality, we were just paying homage to a song we could all agree was awesome – the 80s hit of the same name by soft rockers Toto – and then the name stuck. Go figure.

END_OF_DOCUMENT_TOKEN_TO_BE_REPLACED

And I awake with her in my arms and the bed is soft and enveloping and the room is dark and cluttered and neither of us have any place to be so we let the hours slip by unheeded. Absentminded conversations spin in circles as I hold her and the light flitters in and around the curtains with the rising sun. She stretches out and slips her lips into mine, but I flinch and jerk back as if I had been slapped. No, no, no, I remember this and I fear it. But she just smiles and kisses me again and the pain floods through my body, oozing through every pore.

END_OF_DOCUMENT_TOKEN_TO_BE_REPLACED 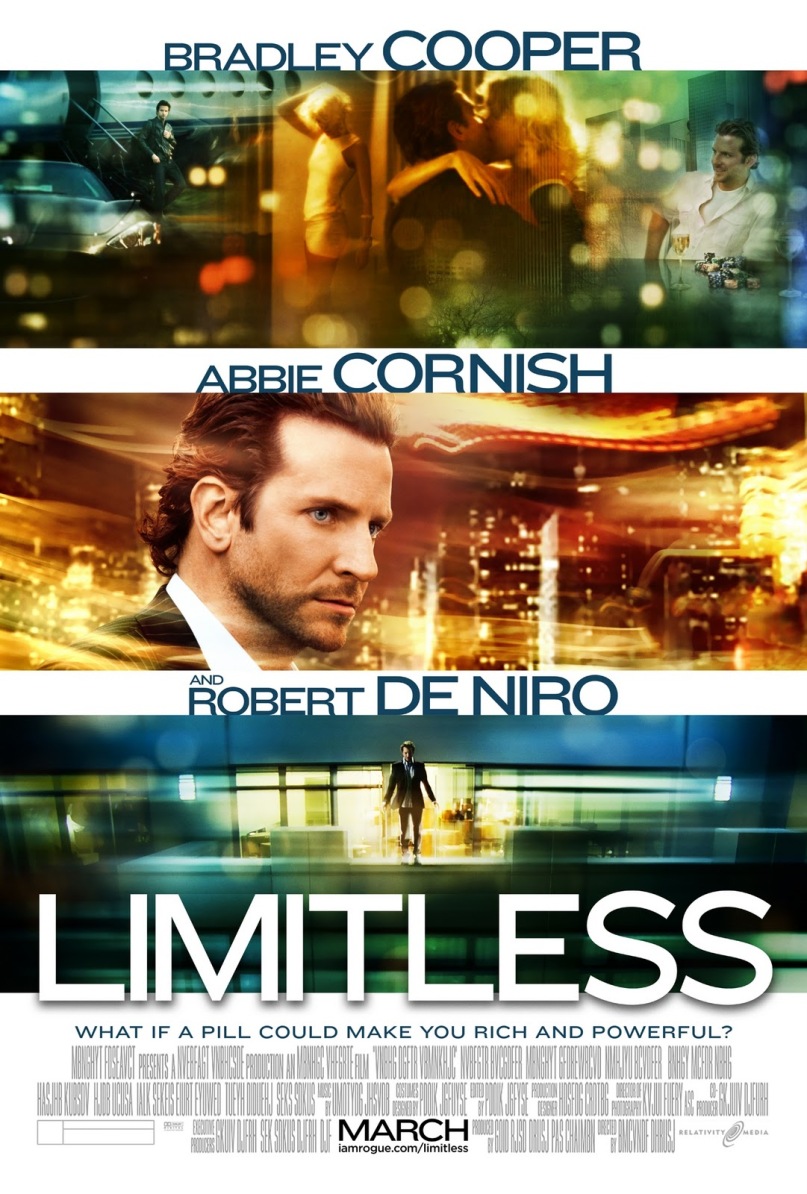 Yes, I know I know I know. Normally I would not be caught dead watching a fucking movie like Limitless. I reserve my “bad movies” to things that have Arnie or Sly or are reaaallly stupid, but I was researching films for my drug article. So, I needed to watch Limitless. And actually it’s not all that bad.

I am surprised. It entertained me. It surpassed expectations. It really was a breath of fresh air. It truly allowed me to experience a different experience. Sometimes, I’ll cry when I look back and realize I won’t be able to see this film for the first time again. One day I’ll kill myself and my last thought will be of Limitless. Before I go I’ll hack into the mainframe and send a copy of Limitless to the owner of every computer in the world. Because it has to be done. Earth must see Limitless.

END_OF_DOCUMENT_TOKEN_TO_BE_REPLACED

These people got no idea who they’re dealing with. There’s a madman in front of them, and they’re too stupid to recognize they’re tap dancing on the edge of a cliff. And there’s a big gust of wind that’s comin’ to blow them right off the edge.

I can tell Charlie’s starting to lose it. He’s got that distant look in his eyes as though he’s watching a movie from all the way in the back of the theater, and he’s been drooling and doing those weird head twitches too. It won’t be long now. He enjoys this shit. He likes the crazy act, the retard act, it’s all fine to him – any which way just to make them put their guard down. And when they do, it’s all over. I’ve seen it before. The guy’s a fucking mental case.

END_OF_DOCUMENT_TOKEN_TO_BE_REPLACED

As a ghost, I spent most of my time haunting the hallways and flitting between cliques with enough frequency that none would ever be able to accurately recall if I was there or not, so I was ecstatic to reach my fourth year of high school – senior year – when I would only be required to attend a half days worth of classes before I would be allowed to run, jump, and skip down the hallway and out the door to the parking lot and to my car and into it and out and away from that fucking waste of a place that occupied less of my mind while I attended than it does now.

END_OF_DOCUMENT_TOKEN_TO_BE_REPLACED

It’s summer and I’ve just finished cutting the grass and I’m lying on my back with my sunglasses on wearing my ripped checkered stained shorts I always wear when I do lawn work and no shirt and a bunch of tan lines that represent I’ve spent the summer working outside for prolonged moments during the hottest points of the summertime day.

I could dive into the sky and the blue would barely register a ripple, but today I’m content to gaze up and into its expanse and wonder when the whole thing will come crashing down upon me. I grow smaller or the blades of the grass grow taller and I find myself sinking deep into my lawn – the stalks rise like a forest of green Greek pillars and I tumble further and further into their embrace.

END_OF_DOCUMENT_TOKEN_TO_BE_REPLACED 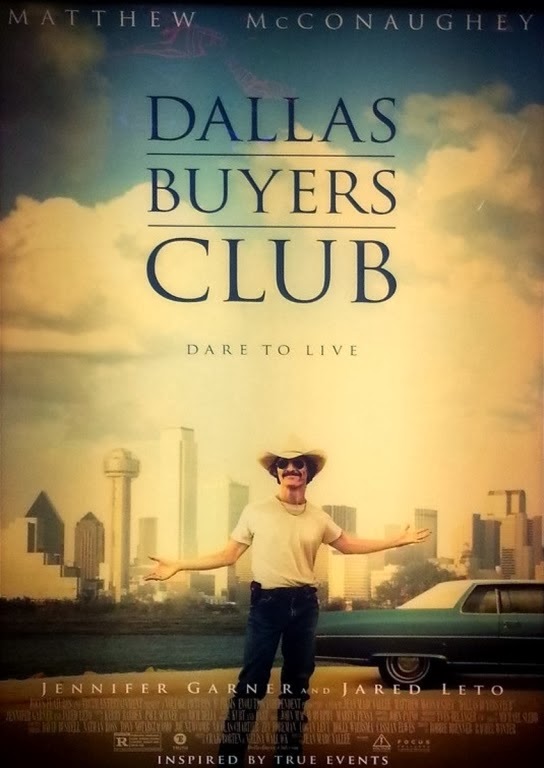 The culmination of the McConaissance and the reason he will soon be walking home with a shiny new golden man for his mantel. Well, it’s probably unlikely that he will be walking home, I have to imagine he owns a car or has the money to purchase a ride in a taxi or has the willingness to slum it in a bus or has the number of a man who will pick him up and carry him wherever he wants to go.

END_OF_DOCUMENT_TOKEN_TO_BE_REPLACED 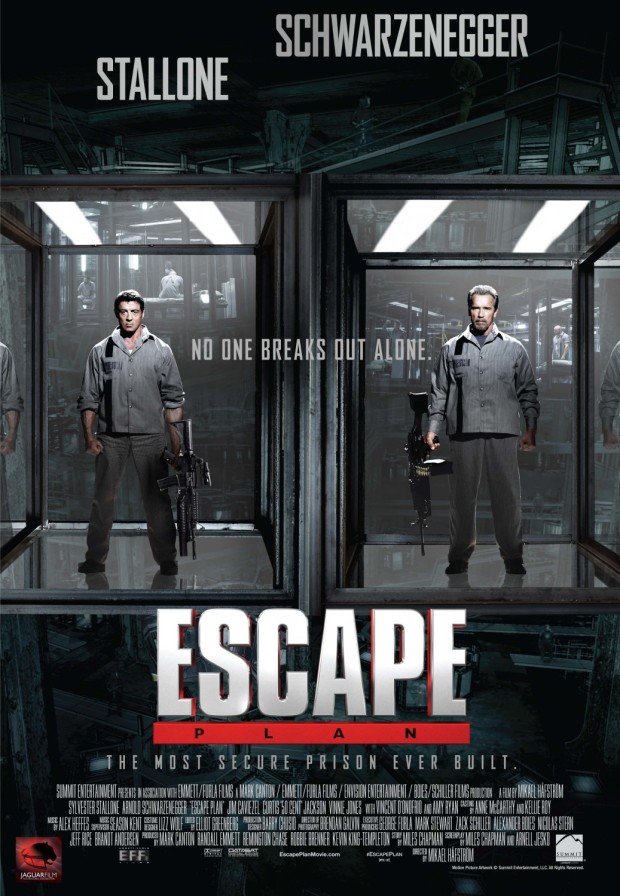 Hey, alright alright alright – I admit it. I am human and I have needs and sometimes those needs entail watching a goofy fucking movie with a juiced up, plastique Sly Stallone and a similarly veiny Arnold. Every once in a while it feels good to watch something completely formulaic;  you get the groan inducing one liners, the ludicrous plot lines and characters, and  the insane coincidences that only happen in films and in these kinds of films in particular. Shitty films, but, hey, it gives your life a little perspective, right?

END_OF_DOCUMENT_TOKEN_TO_BE_REPLACED

So! Three days down at my new internship and we’ve reached the weekend. (Remember I’m writing these from the future – *Twilight Zone Music* Do Do Do Do Dooo.)